+ Fundraising in Aid of TreeSisters 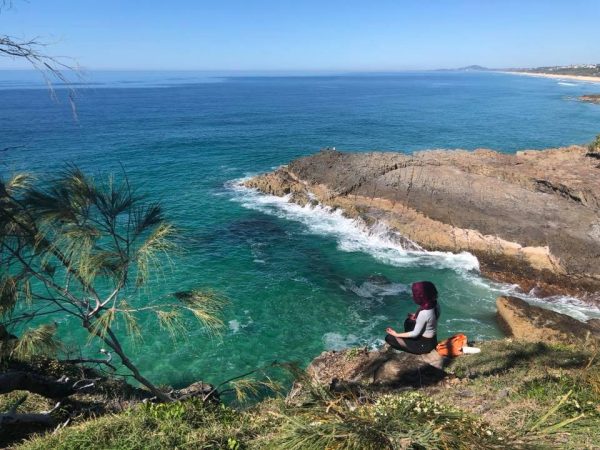 Image from August 2018 Yatra by Alee

Imagine a day spent in the stunning surrounds of Noosa National Park, walking in silence, reconnecting to self and Nature, weaving together mind, body and spirit.

These events are fundraisers for global non-profit, TreeSisters.

Open to women and men who wish to support the work of TreeSisters – a UK registered charity currently putting 2.4 million trees in the ground a year around the world, and unleashing women’s nature-based feminine leadership.

We will walk about approximately 15 km through dry forest, rainforest, banksia woodland and beaches, through level terrain and undulating hills. You will require a moderate level of fitness (though there is an option to catch a bus back after lunch)

As well as walking in silence through the beautiful nature of Noosa National Park, this Yatra will offer a number of other activities. To help our revitalisation, renewal and reconnection process, we will pause on our journey for:

We will meet at 8am to warm up to our day together, to agree on principles and precepts for our journey.

You will need to bring lunch, water and snacks. This is an all weather event, so please be prepared!

Cost: we would love to provide you with the opportunity to give back to the Earth by funding trees through TreeSisters. We have three ticket prices and invite you to gift whatever you are able as an act of reciprocity with Nature and the planet:

The teachings during the yatra are offered freely by NeLi and Pollyanna. The trees you fund through your ticket choice are your Dana contribution which NeLi and Pollyanna are gifting to TreeSisters – women seeding change where it will be used to plant trees in eight different projects around the world.

Dana is the Pali word for Generosity. Generosity is a practice not only of giving but also of receiving. Giving and being open to receiving are both acts of dana. Like breathing in and out connects us to the biosphere, in giving dana and receiving teachings, we find ourselves involved in a 2500 year old tradition exploring what it means to be in community. For more about Dana

When we cherish & love something, it loves us back…

I grew up on a farm…

When I was a kid, I used to spend time in the bush, playing out dramas on the rocks… creating dens and places to just be…

I felt like I belonged to the land I inhabited..

Where did all that go???

Friends became the most important thing as a teenager, then learning with my mind, knowing stuff, all started to take over from being in the bush… I lost connection to my instinctive and natural self..

When I lived in the UK I took up camping at Greenham Common, I was really there to protest, but loved the connection back to nature… My friends there helped connect me back to the cycles, the moon, the land.

Returning in Australia, the bush seemed harsh after many years of gentle English countryside…

My first week long Yatra, with Ronny Hickel a Walking Retreat in silence in 2007 returned me back home to the bush.

I carved out more and more time to be in the forest.

Noosa became home to me at the end of 2014, mostly so I could be close to the Noosa National Park.. It’s a treasure, and place of power I cherish regularly…

My earliest memory is of lying on my belly on a warm concrete paver underneath our plum tree in the garden. It was summer and the sweet fermenty smell of rotting plums filled the air. Mum had planted a carpet of multicoloured snapdragon flowers under the tree and I was deep in conversation with them (you can gently pinch the back of the flower to make it ‘talk’). Bees hummed around the flowers. Bugs of all kinds crawled in and out of the collapsing plums. That afternoon stretched out forever.

My love of all Nature led me into activism at an early age, but like so many, the ‘fight against’ burned me out. I put down my activist hat and tried to live a ‘normal life’. I just can’t do it!!! Nature is my solace, my heart and the fibre of my being. How can we not love that which we are?

About 7 years ago I found TreeSisters or She found me. For me TreeSisters is activism of the heart. It’s not about fighting against. TreeSisters is about actively creating the world we want to live in. My dream is that we rerobe our glorious planet in green. Very soon.

I am the Australia/New Zealand coordinator for TreeSisters and I love to spread our message in this unique region. I’m really excited about the Yatra, particularly because Noosa National Park is one of my favourite places on Earth. Previously I’ve only been there with my kids (so always a little distracted). My whole body yearns for the kind of connected walking we are planning… and I so look forward to doing it with you.