On being inspired by Scaravelli

On being inspired by Scaravelli

People ask, “What is Scaravelli Yoga?” I have to explain Scaravelli is a who; a who who inspired a way, not a what. Vanda Scaravelli was a woman who died in 1998 aged 91. She would probably turn in her grave to hear the term “Scaravelli Yoga”. As an Italian aristocrat, she hosted the philosopher and spiritual leader Sri J Krishnamurti during his stays in Italy. Sri B.K.S Iyengar also came to visit and introduced Vanda to yoga when she was in her forties. She also learned about yoga and the breath from T.K.V. Desikachar, whose methods became known as Viniyoga. Vanda spent a great deal of time exploring yoga in her own body. She went on to teach her authentic yoga to others one to one.

Three of her long term students, Diane Long,  Esther Myers and Sandra Sabatini developed their own distinctive styles as teachers. Thus suggesting Vanda created a space for students to find their own way to yoga. Diane has been an inspirational for me through yoga intensive workshops in UK, Australia and Italy

I first read Scaravelli’s book “Awakening the Spine” whilst I was doing my own teacher training with the British Wheel of Yoga. A friend and student had given it to me as a gift. I read the words and noted the beautiful pictures of Scaravelli in her eighties in complex yoga asana and filed it away on my book shelf. It wasn’t until 2002 when I met my mentor teacher, Bill Wood in Totnes in Devon that Scaravelli’s words came to life in my practice and in my body. Although I never met the woman, I understand that Vanda’s teaching involved working with the body, rather than against it, to unravel habitual holding patterns which release the body and mind into a freedom and grace.

Working “With” rather the “Against”

One of the challenges of learning yoga is resisting the temptation to push the body into the postures. This sort of striving and end gaining is counter productive on many levels. As a new student, it took many years to truly learn this. I remember early teachers saying “yoga is not competitive” and other such quotes. However my mind and body was so unaccustomed to this instruction, I just learned to hide my striving behind a cool looking exterior. Despite my training in the Alexander Technique, I guess I didn’t really believe it was a useful way to work with yoga asana. After all, look at all the pictures of people “achieving” yoga postures in books, magazines and calendars and now instagram, surely they had to strive? Working with Bill Wood allowed me to know in my body that there was another way of working. 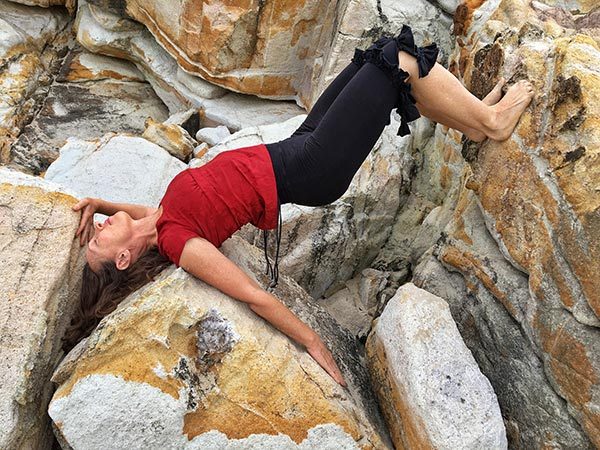 There are three main agencies in this “Scaravelli” way of working; gravity, the breath and the movement of the spine. These are not to be understood intellectually, but to be felt in the body. Paradoxically pushing less and giving way to gravity and the breath and the natural movement of the spine may mean the body works harder and deeper. Areas of weakness wake up as habitual tensions release and the body may spontaneously realign. This is what happened for me when I went to Bill’s class for the first time. I ended up in his class by accident… After completing my teacher training with the British Wheel of Yoga (which is known for its gentle and safe approach) I started practicing in the intense Ashtanga Yoga tradition of Pattabhi Jois. I thought I was about to attend a Mysore style led practice session, but had the time table of the yoga studio confused and Bill’s class was scheduled. Bill’s class was gentle, but something was being demanded of me that two years of Ashtanga yoga hadn’t touched. That was in 2002 and it began for me the intrigue and curiosity about what was at work here. At some point I experienced that pushing less actually allowed some undoing to occur from the inside. From that moment I became a dedicated explorer of this “Scaravelli” way of working. It is both simple and requires a life times dedication.

This way of working cultivates ever increasing subtlety of awareness, so that yoga asana practice takes on meditative qualities.

The teacher is but a pointer to the way for the student to begin to explore what is going on in the present. Thus yoga is revealed wisdom; revealed in the moment to each yogi engaged in the practice. From this vantage point yoga becomes a joyful exploration about what it means to be alive. There is no end gaining because there is no end, only life to be opened to, just now with this breath and this movement. Any “achievement” in posture can be experienced as “fruit” of practice. Scaravelli said, “Don’t kill the body for the glory of the pose”.

There is something of beauty that is the legacy of Vanda Scaravelli; not the beginning of a tradition where the questions of life and yoga asana have a definitive answer, but the opening of yoga practice as a paradox to be lived into. 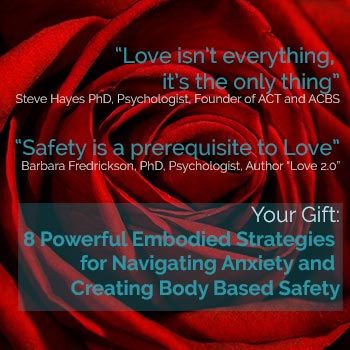